I’m Kailei.
He’s Brad.
And we are two best friends in love. 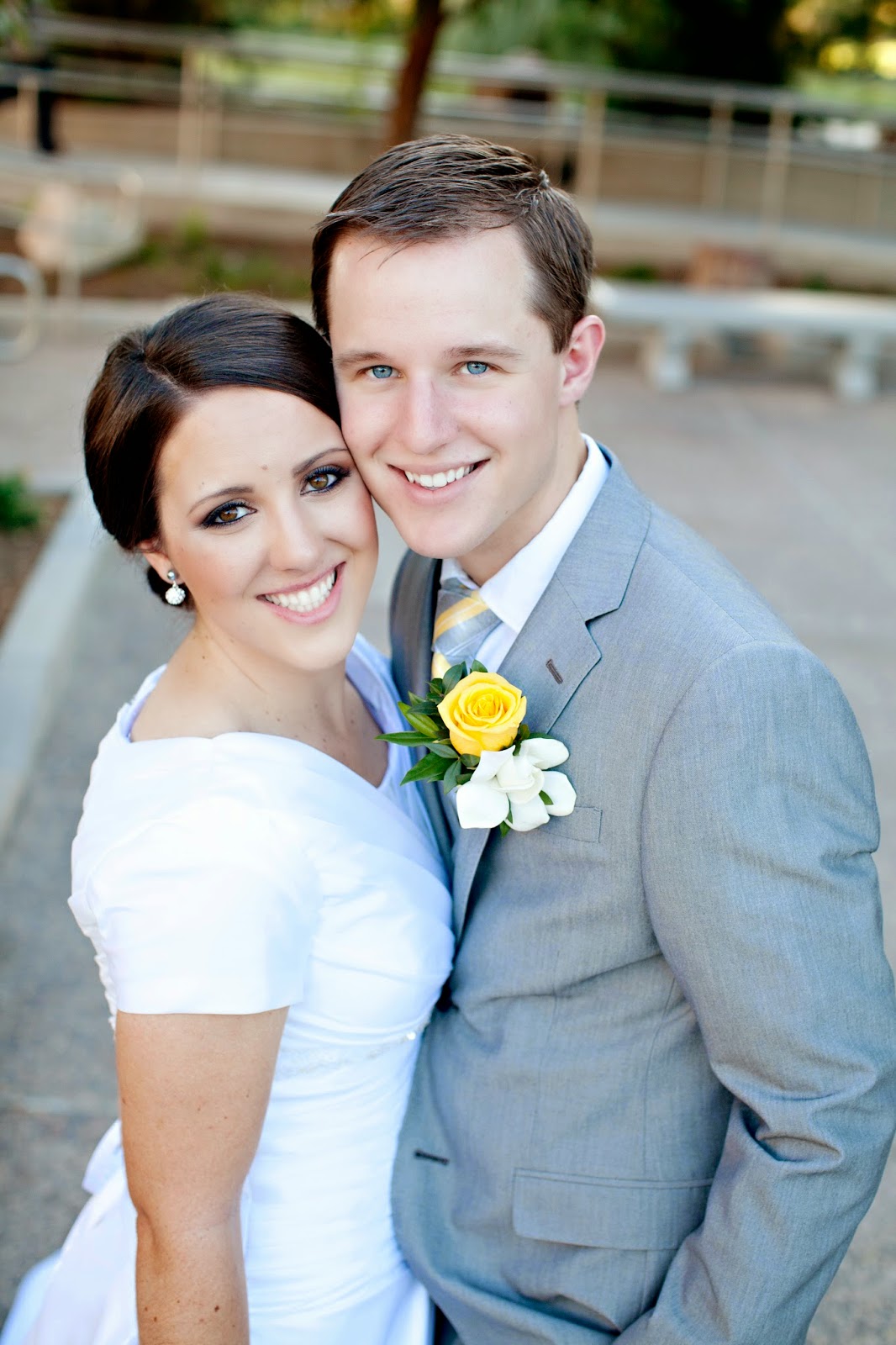 We might as well start from the very
beginning…
and then we will fast forward to the here and
now.
Brad and I met in Preschool.
Really.
We were instantly best friends… mainly
because I insisted on such!
One day, I noticed that Brad was playing with
another little girl.
I wasn’t okay with that.
So I walked up to him and said “Brad, I
need to talk to you!!”
He obediently followed me away from
Allie.
“You can’t play with other girls
anymore.”
Again, Brad agreed.
Some may say that this is where my bossy
nature began. I choose to call it life planning.
And our life-long friendship began.
We moved on to Kindergarten and were blessed to be in the same class. 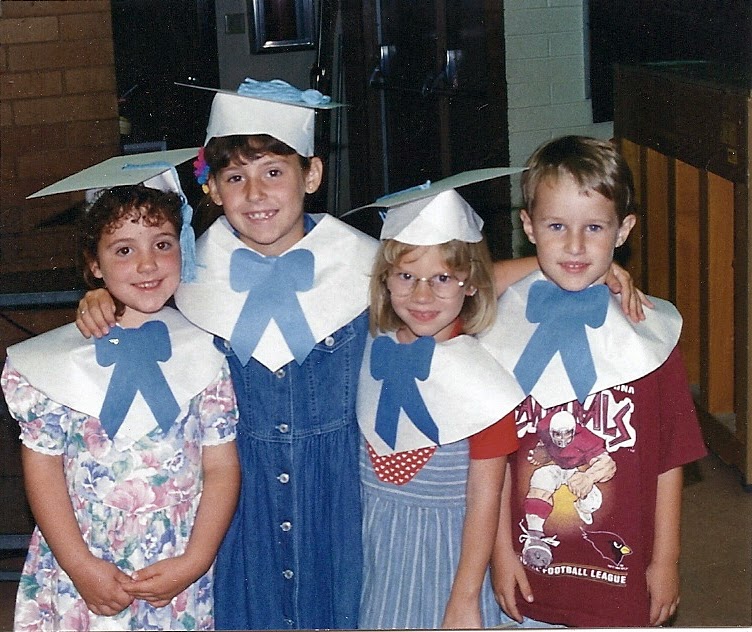 I’m on the left. Brad’s on the right.
Apparently, I let Brad have more friends once
we reached Kindergarten.
Throughout elementary school, we remained
great friends. 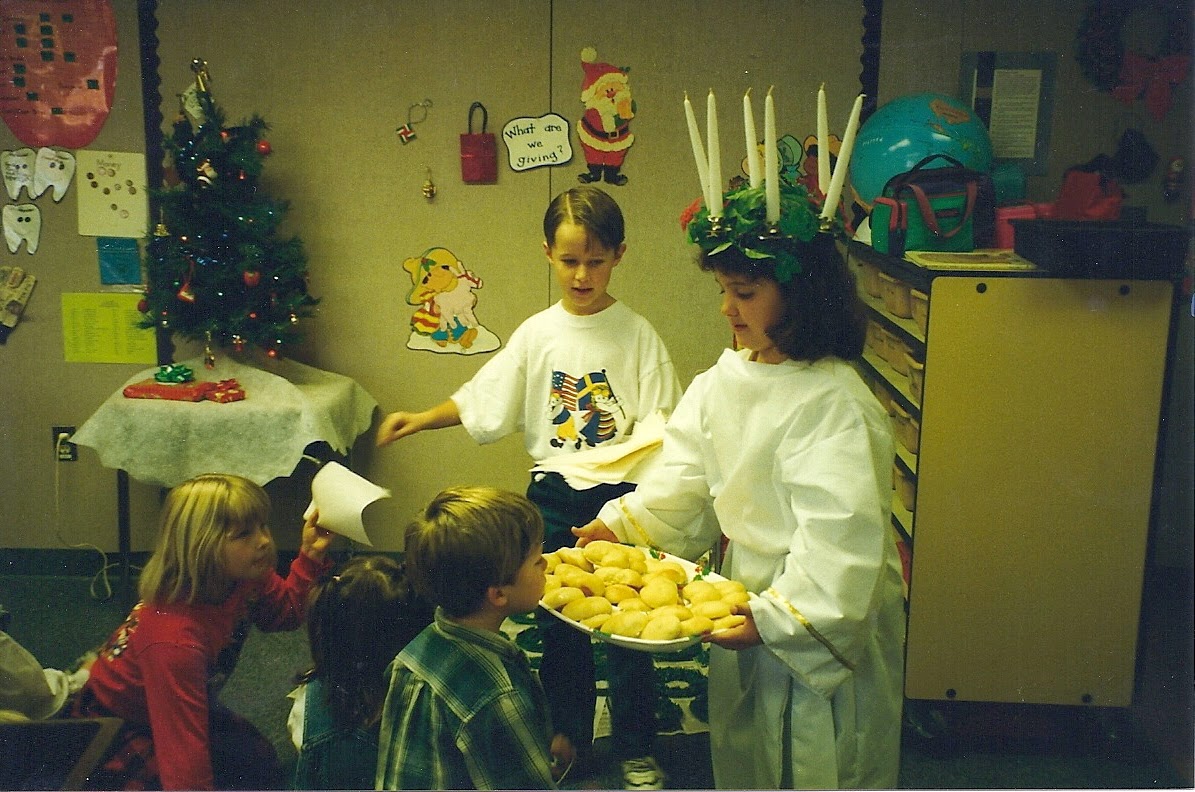 Brad is Swedish, and each year he chose a
friend to play St Lucia as he told about the history. I got to do it in 3rd grade. 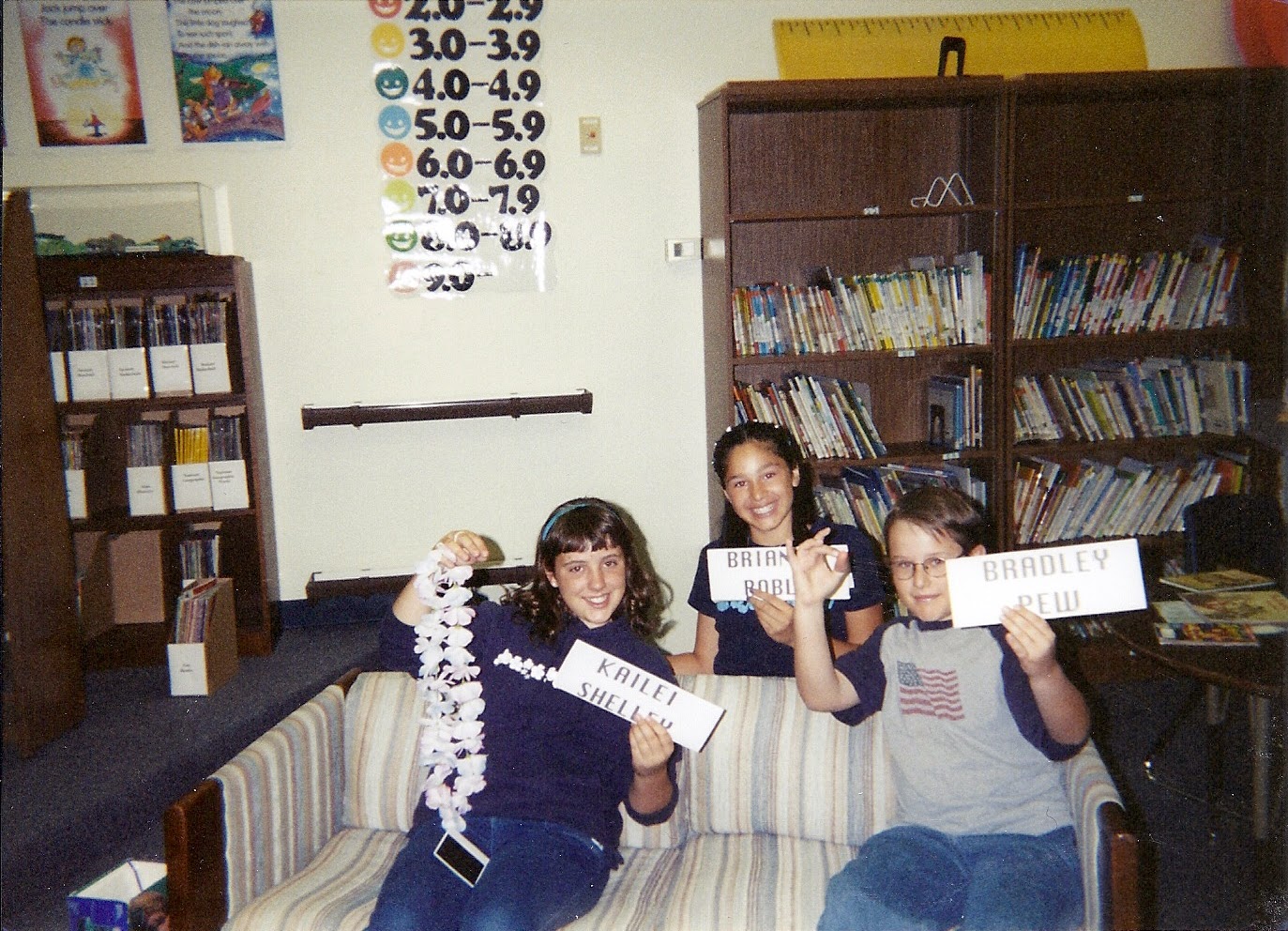 We both ran for Student Body Historian
in 6th Grade.
And Brad beat me.
I’m not still bitter or anything
And then Junior High came. You know that
awkward age where you’re trying to figure out who you are and where you fit in?
When you want to make sure that you get to sit at the “cool kid’s
table” during lunch? When you want people to start noticing who you
are?
We sort of grew apart.
Then one day, we realized that we really
missed each other.
That it was silly to not be friends.
And then it was just like old times
again.
In 9th grade, we ran for Student
Council.
This time, I made sure that we ran for different offices.
And we both won. 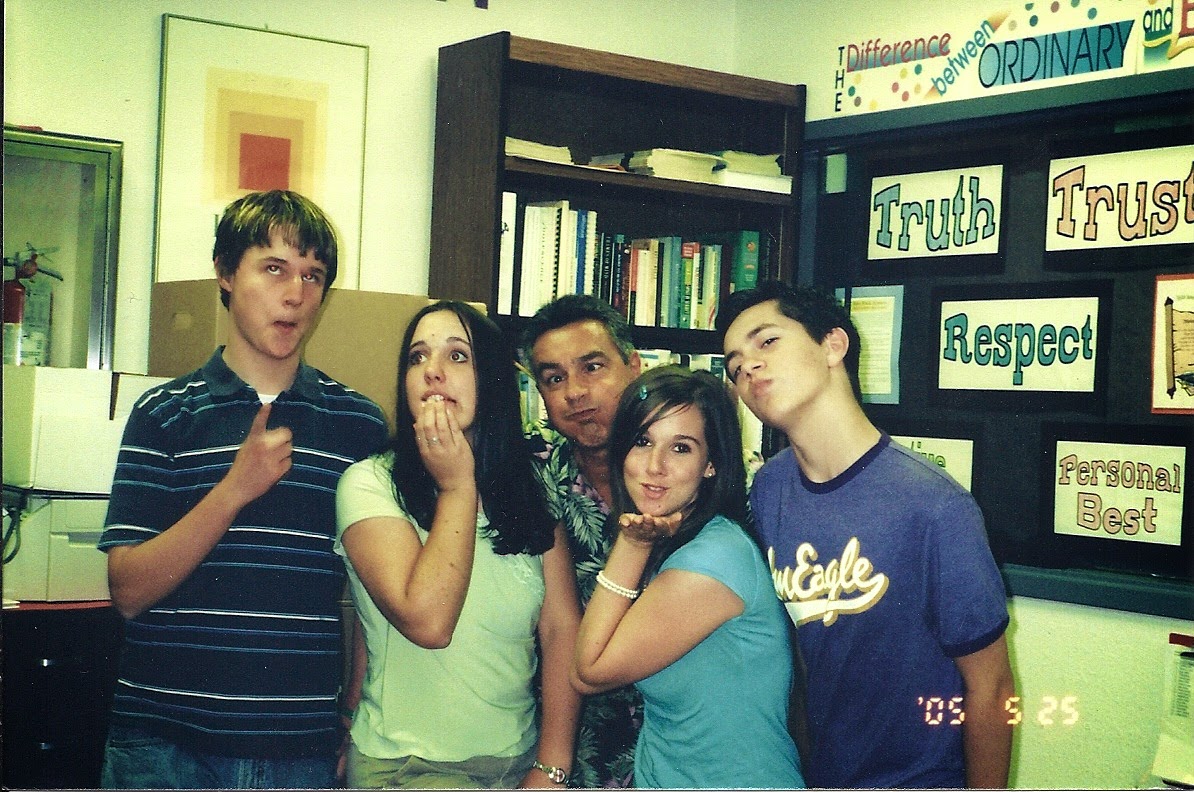 We thought we were pretty cool.
Once we started in to high school, I think
that everyone knew that we really liked each other. A lot.
But neither of us would admit such things. We
were best friends. That was all.
The day I turned 16 was the day of the big homecoming
game.
I was so happy that I would be old enough to
go.
I really hoped that Brad would ask me.
And he did!! We were each other’s first date. 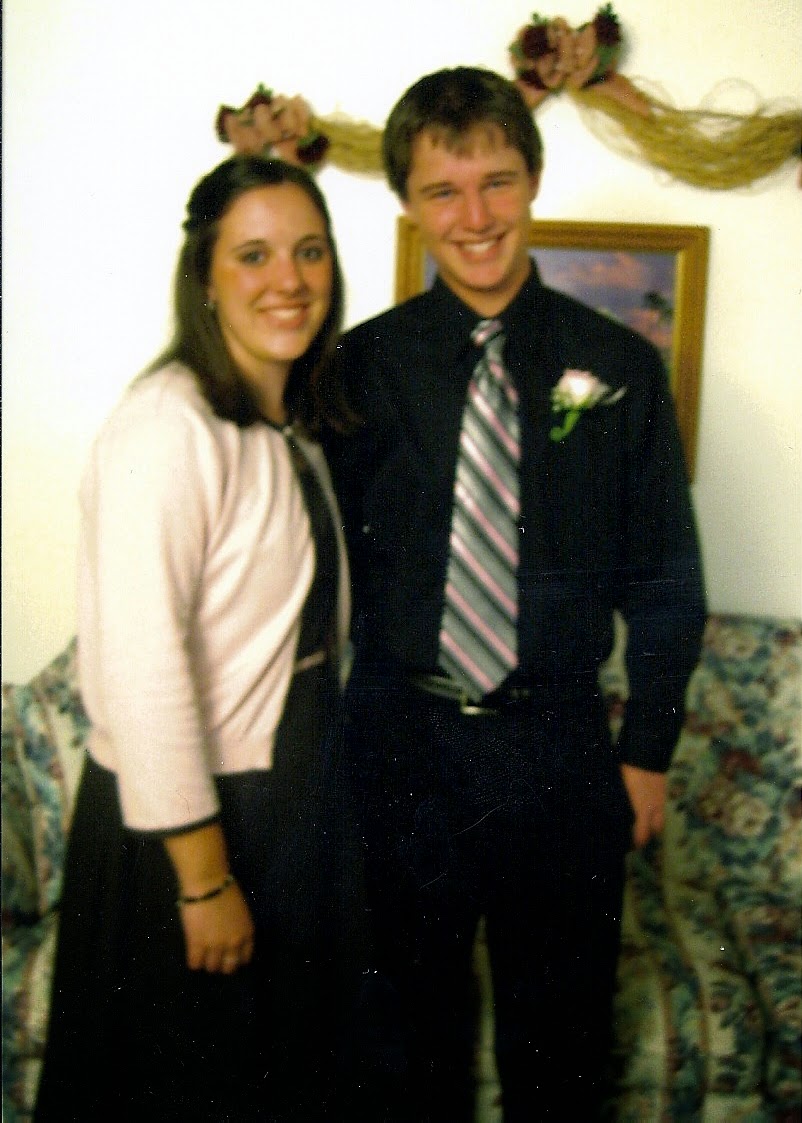 Maybe it sounds weird; maybe a 16 year old
doesn’t know such things,
but something about that date just felt right.
It just felt good.
It wasn’t awkward or weird at all.
It was perfect.
But then things got weird.
We started going on dates more and more often
and we were together all of the time.
It was fun, but we were getting worried. We
didn’t want a steady boyfriend/girlfriend.
We were discouraged from having steady
boyfriends/girlfriends and didn’t want
to go
against what we felt was right.
Could two people who really liked each other
just be best friends?
So instead of rationally talking it out and
making sure that we were just friends, I cut things off completely. I still
remember the night that I explained all of that to Brad
and basically told him that I couldn’t see him
as much.
He cried.
I felt like scum.
For about a year, we didn’t really see much of
each other.
I hated it.
And then, just like in Jr. High, we realized
that we really missed each other,
and became best friends again.
But it was different this time. More
cautious.
We had many common interests…
though Brad now claims that lots of them were
my interests that he jumped on board with.
We really liked American Idol, and even went
to an Idols Live concert. 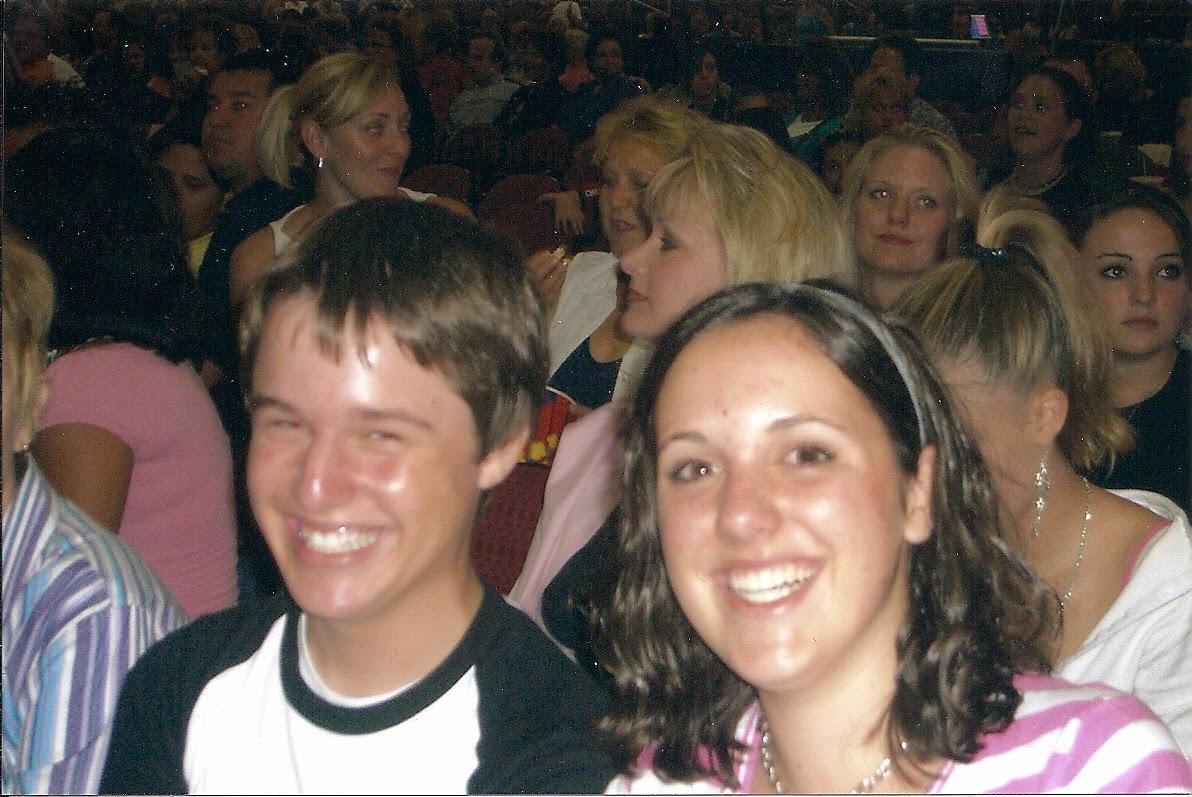 We are both very musical and did Choir and
Orchestra.
We were able to go on a trip to Washington
D.C. with our music groups and it was a blast! 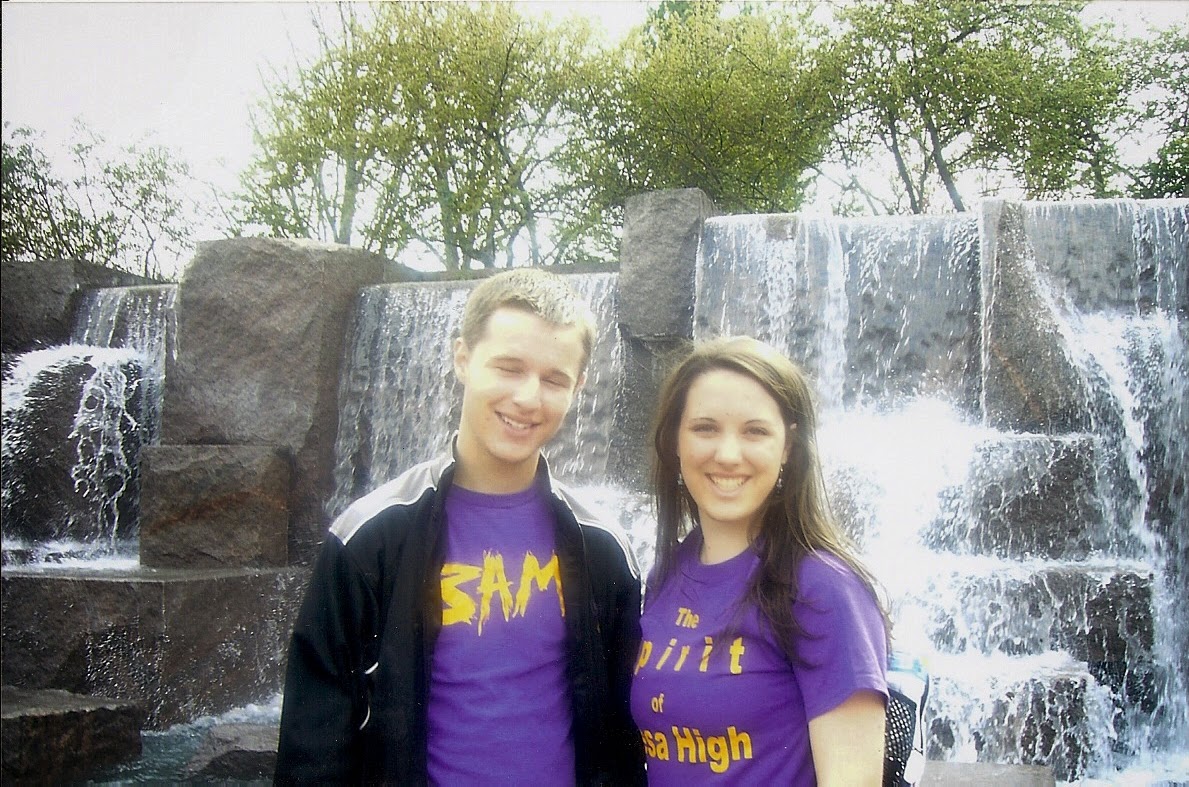 And we graduated from High School!! 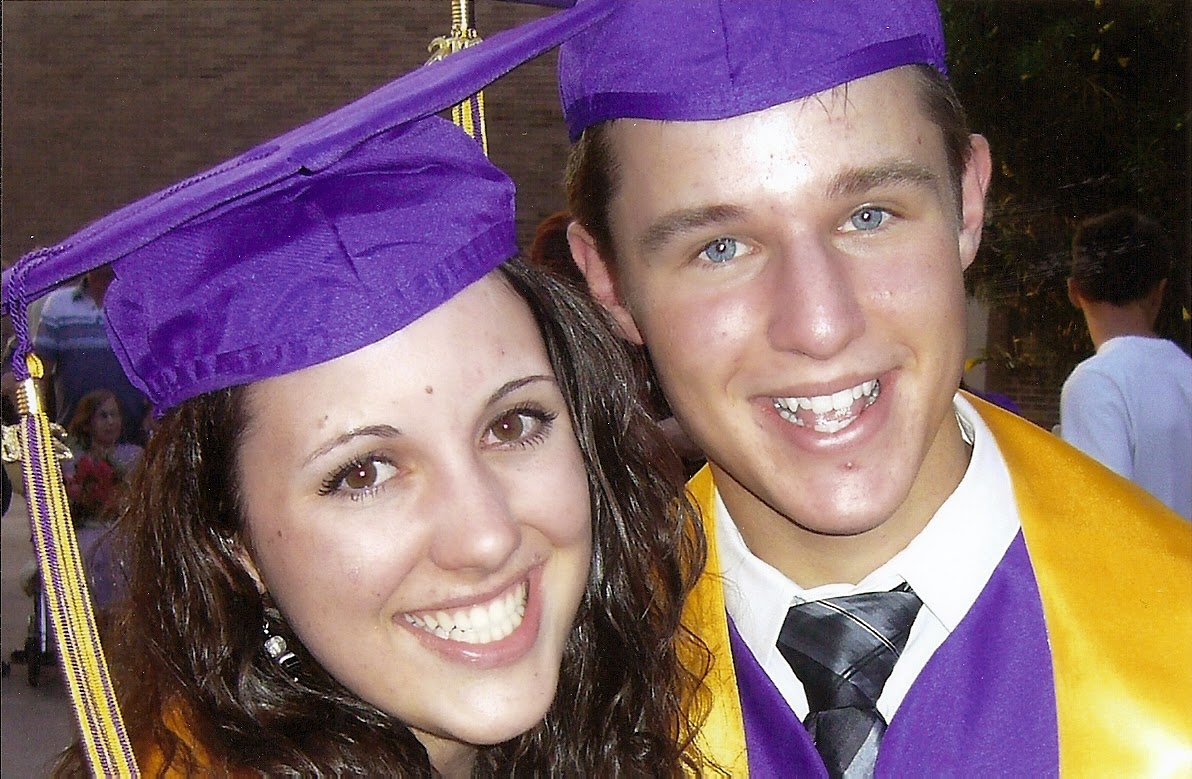 Before we graduated, Brad already had a call
to serve an LDS church mission in Nicaragua. 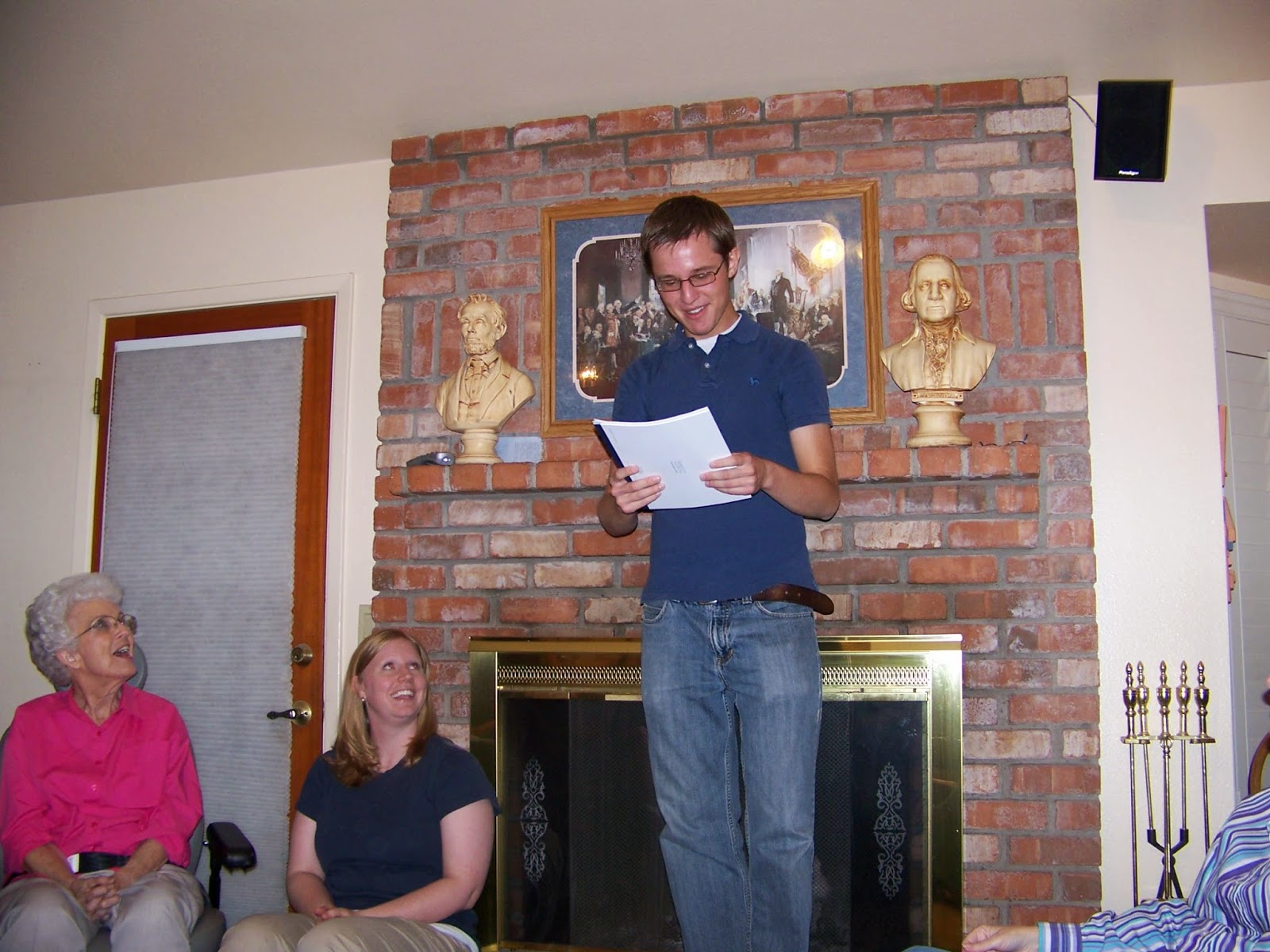 He was off to South America, and I was off to
college.
Brad and I wrote every now and again, but
nothing serious.
I knew that he was loving his mission and
serving the Lord with all of his heart.
I knew that he was a great missionary.
Meanwhile, I was loving university life. I
loved going to institute and learning more about the gospel. I loved meeting
new friends and I really loved the education that I was receiving.
I dated a lot while Brad was gone.
I dated good guys. But something was always
holding me back.
I wanted to serve a mission, but when I prayed
about it, it didn’t feel right.
I was sad, but listened.
Brad got home and we started dating
exclusively a few months after he returned.
Something didn’t feel right.
I was devastated. I had always thought that it
would work out once we were older.
The day before I broke up with Brad, I felt
that it was time.
I could now serve a mission.
We broke up.
Brad asked if it was forever.
I said yes.
I received my mission call to Argentina and I
could not have been happier! 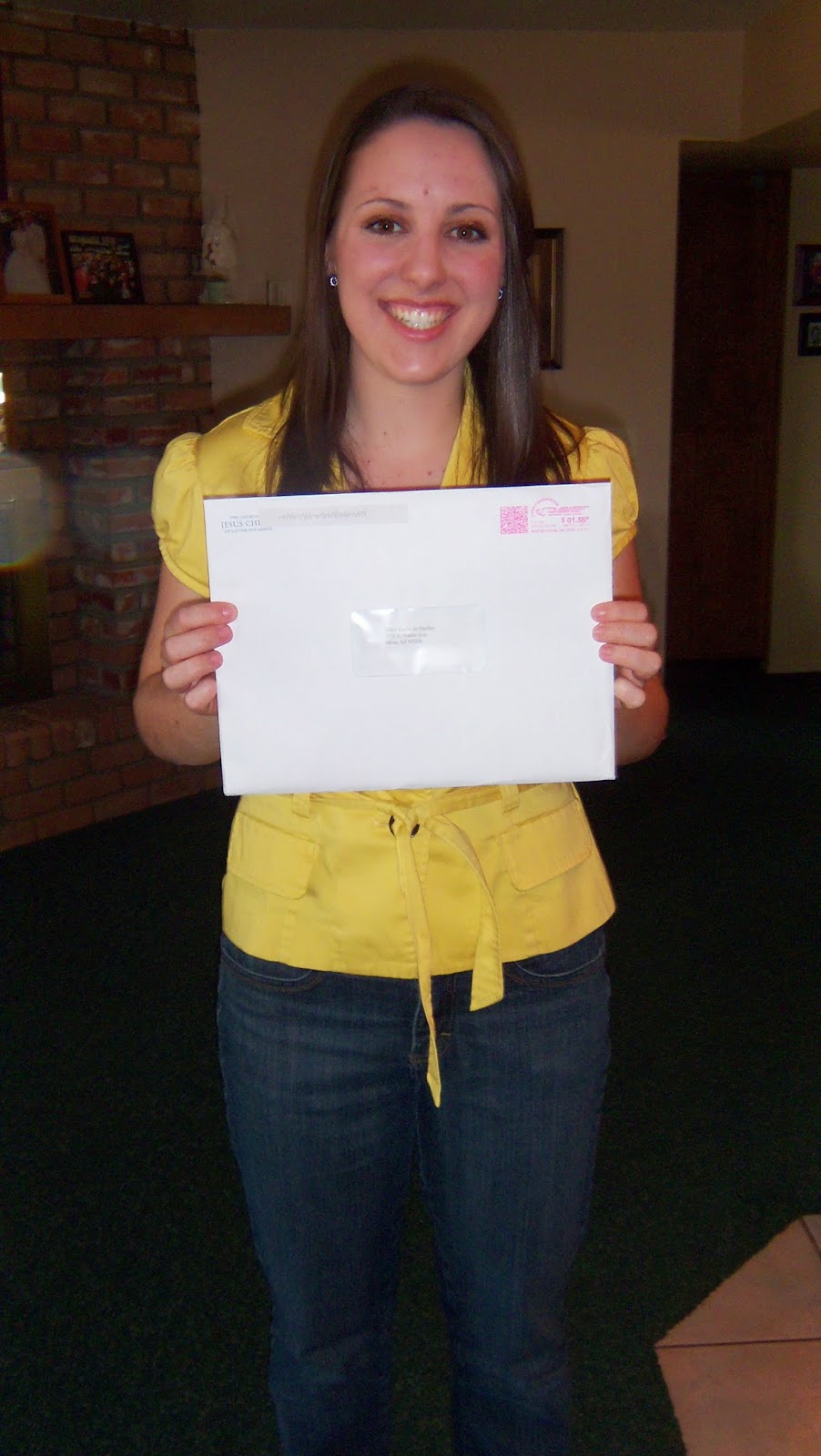 My mission was definitely the most amazing
experience I had had up to that point.
It was wonderful to be able to serve the Lord
100% of the time
and not worry about anything else.
Again, Brad wrote every now and again, but not
often. He went to school.
He dated a lot. But he didn’t get
married.
Coming home, I was nervous to see him. I
didn’t know what would happen, if anything.
After all, I had told him I wasn’t interested
in dating again.
Only problem was, I was interested.
But would he be?
The first time I saw him again, I got that
tingly feeling. Something felt good. Right.
And I knew then that I would marry him.
Luckily, he was feeling something too.
We began dating very soon thereafter.
Our first date after the mission was a
“thrifty ball.” 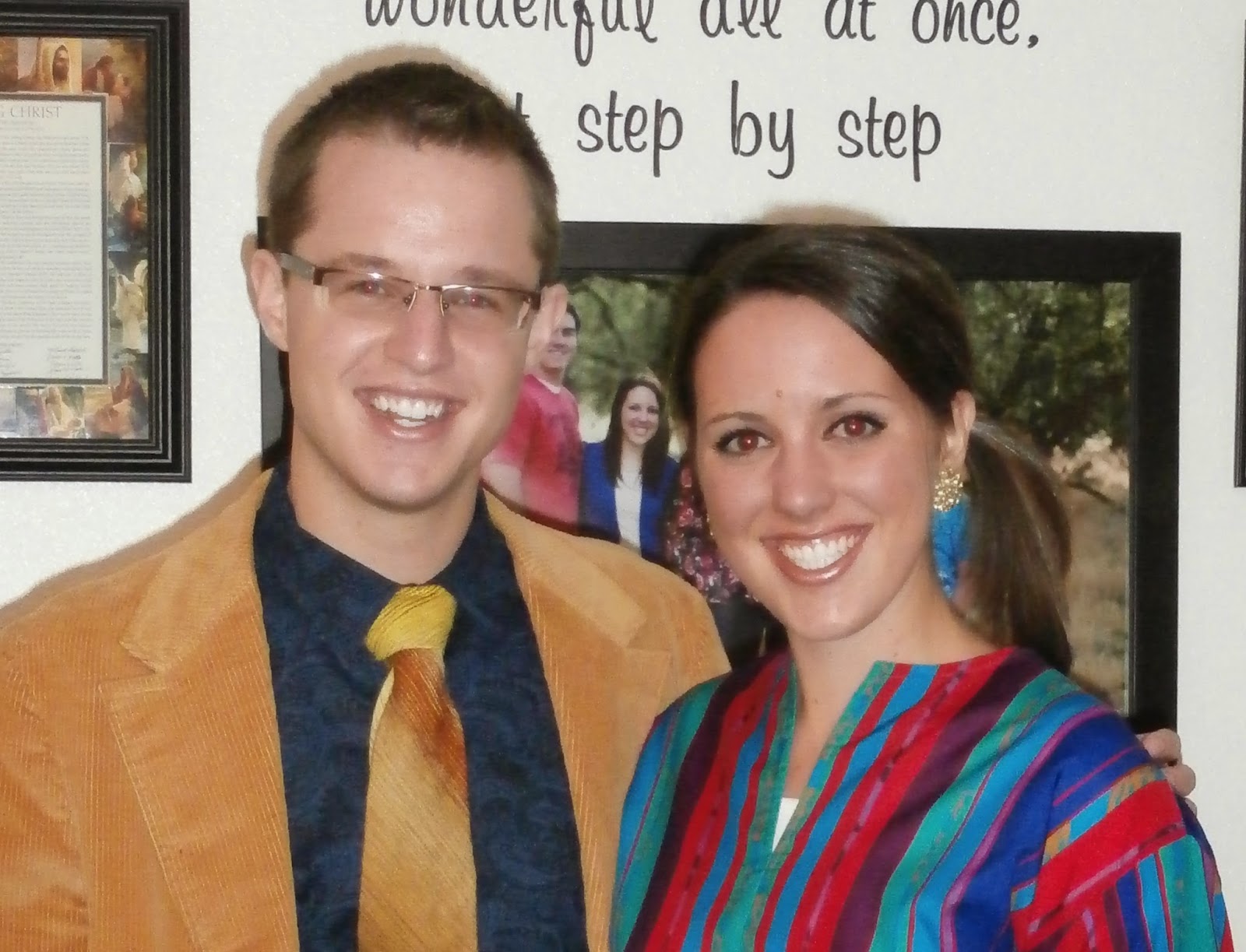 I taught Brad how to make Argentine Empanadas.
Basically, we just had a lot of fun. There
were moments where I had little “freak outs.”
I had only been home a few weeks when we
started dating exclusively.
That didn’t seem normal.
We were already talking about marriage.
That was fast!
I knew that it was right, but I just couldn’t
move forward.
Then, I went on a trip with my family.
And I missed Brad terribly.
I knew I couldn’t be without him.
So we got engaged. 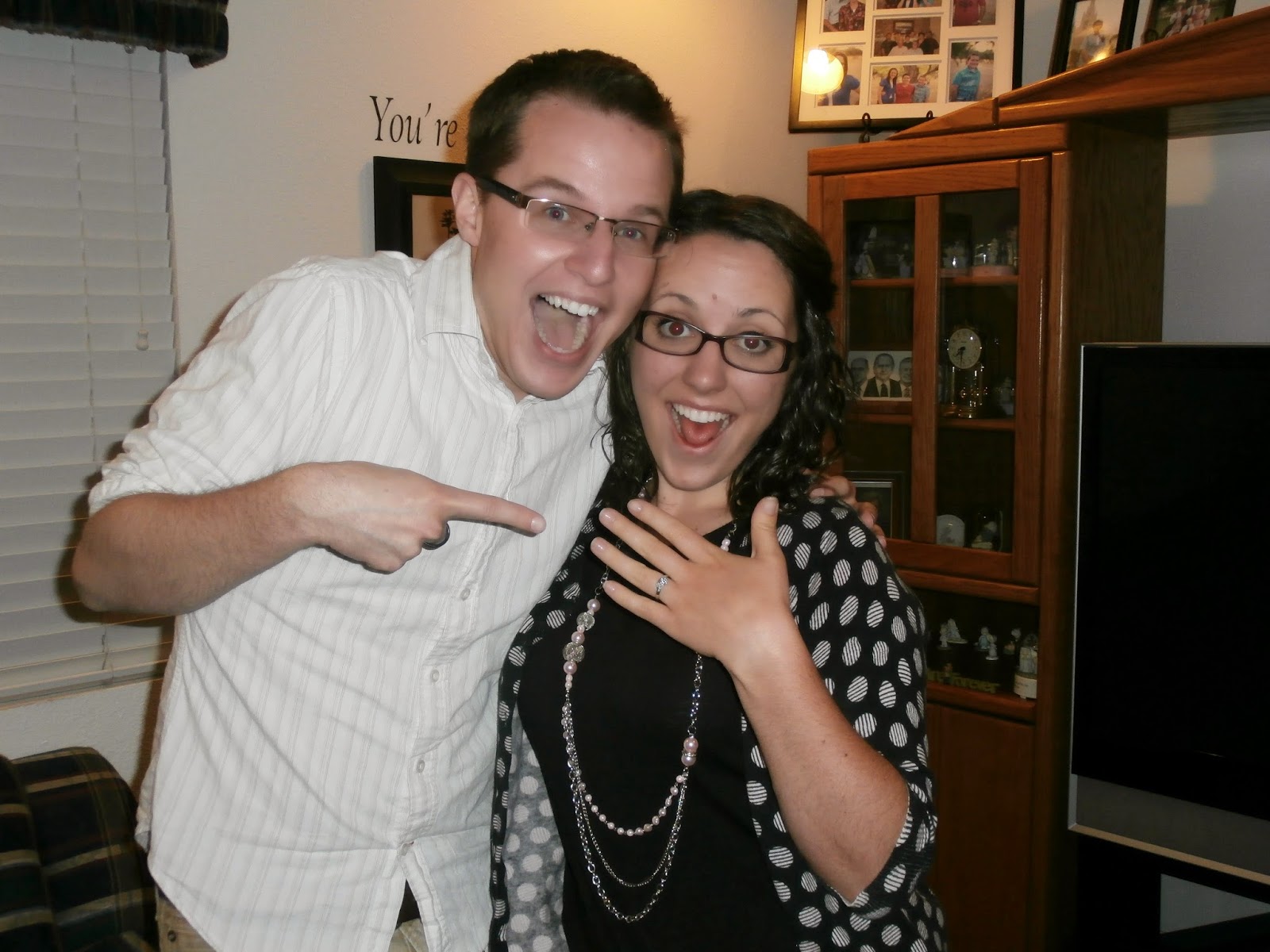 And 5 months to the day of me returning home
from Argentina,
we were sealed for all eternity. 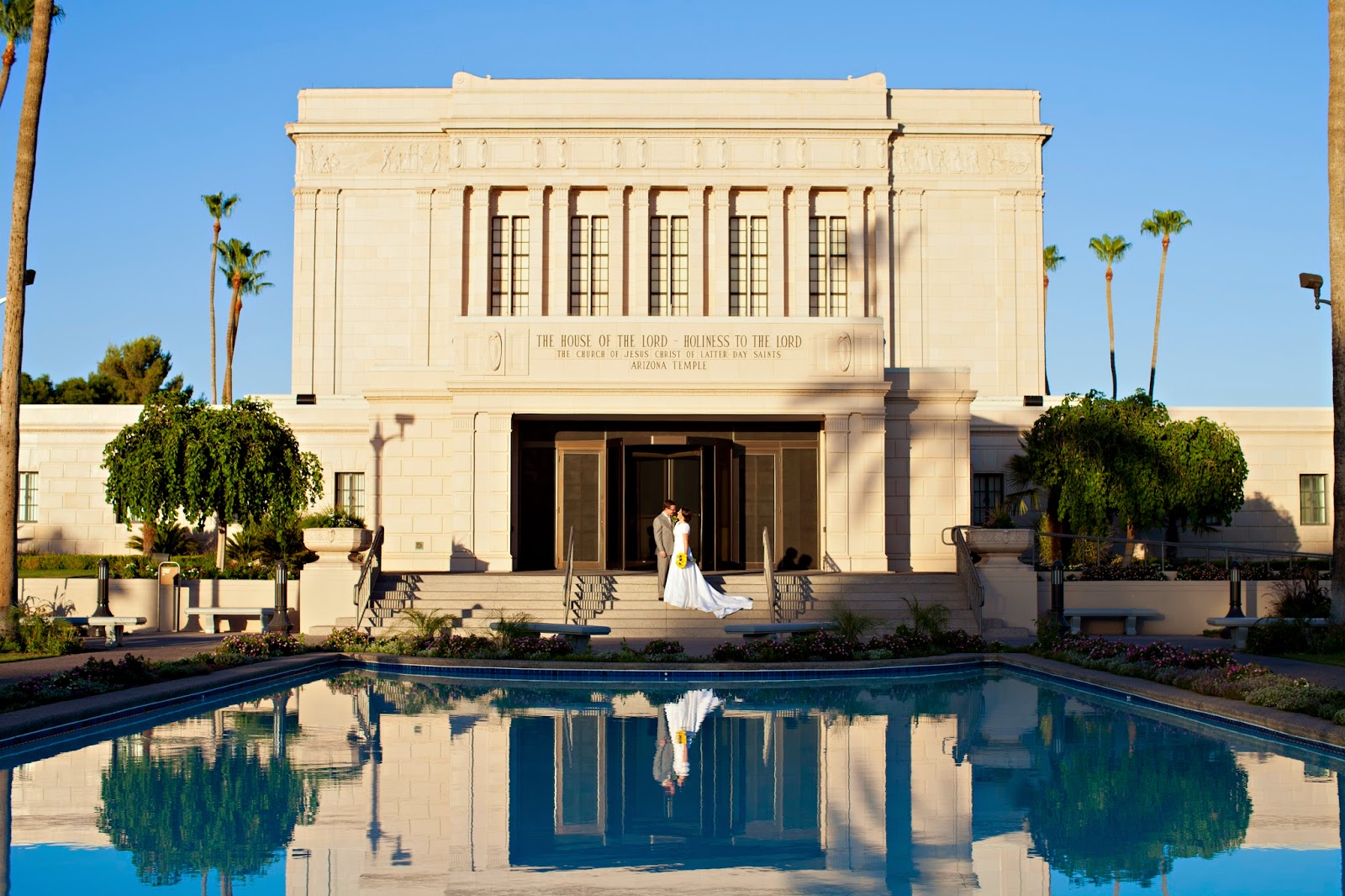 Thanks to Darby Elizabeth
Photography for the amazing
pictures!!
We don’t remember life without each other
and now we won’t ever have to.
We now live in Utah where Brad is attending
law school.
We have been married for a year and a half and
are expecting our first baby!
This year and a half has been a blast and we
are loving every moment we have together.
We aren’t perfect,
but we are perfect for each other.

Kailei and Brad have a blog where they write about the things they do to increase their love for each other every and they  hope to help readers feel inspired to do the same. From date nights to dinner, love notes to faith you can find it all at www.twobestfriendsinlove.blogspot.com
You can also follow them on Bloglovin, Pinterest, Twitter, and Instagram