It was the summer of 1992. Hot Texas days and equally humid evenings. My high school BFF and I were constantly in search of ways to entertain ourselves while she was home from college and before beginning my 4th semester at a local college, we did what most 19/20 year olds did during that era…..go work out at the local fitness center! Yep, our free time pretty much consisted of step aerobics classes followed by a stop at the local frozen yogurt shop. Saturdays were laying out in her back yard followed by a trip to the mall and movies. There were many fun memories that summer as I had gained a lot of independence and was just living “girls just want to have fun” mantra if you can imagine.Looking back, I was in a bit of a rebellion period. I seemed to attract some not-so-great guys and went through a series of pointless relationships. But, much to my surprise, I caught the eye of a certain guy at the gym who was equally shy as he was inconspicuous.Part of our workout routine was making post aerobics laps around the upper track, and each time we passed “the guys weight section” I passed by my future husband (unbeknownst to me). One day another guy made it clear to me that his “friend over there” (yep, quiet one in the corner of the room) was wanting to meet me. I politely said, “who?” We joke about it know, but I honestly never noticed him. His well-meaning friend actually threatened Mike telling him that if he wasn’t going to introduce himself to me that he would just take care of it! Even then, it still took him a couple more weeks to finally approach me, but the rest is what you know as “history”.From our first date he captured my heart. He had such an easy way about him and these ocean-blue eyes that cannot be missed! 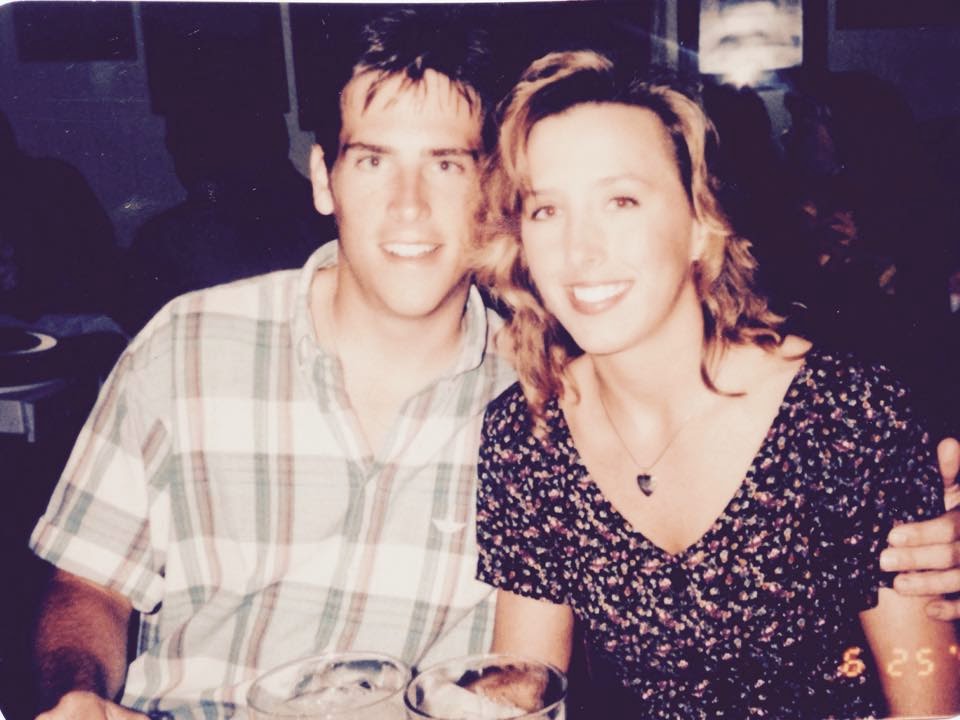 I loved that he was so real and uncontrived. Nothing seemed to be about impressing me, but just about getting to know me and making me laugh (which, he STILL cracks
me up). We began a casual relationship, then he went back to A&M the next month and so began our 3.5 year long distance relationship. As time progressed, I knew he was the one for me. He wasn’t as sure, as he was encouraged to “play the field” by well-meaning people.
We ended up getting serious but I always had an unsettled feeling. In the midst of my “rebellion” I was also dating this young, kind, caring man who also wasn’t as serious about Jesus as I wanted to be. I don’t recommend it, however, God who is so rich in mercy, did a miracle. Without going into all the details, we spent 6 months completely broken up. I spent that time getting my heart right again with God while he was going through some hard stuff too with his family. What I found out 5 months into this was that Mike’s sweet Mom was battling cancer again and was very ill and in the hospital. It was during this time that God began to do a separate work in Mike’s heart as he was being drawn to His Father’s heart through it all. We ended up reconciling and were engaged on Valentine’s day that year and married 3 months later. God is so GOOD! 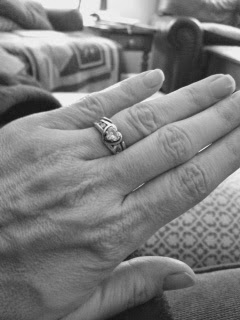 Sadly, the week of our wedding, we learned that his mom’s cancer had spread to her brain. She was scheduled to have surgery to have it removed 2 days after our wedding! Selfless as she was, she insisted she would be in an induced coma anyway (her thought was, I will be asleep and not know if you are here) for 4 days so by all means, “Go on your honeymoon!” Which we did, and honestly, it was the rest and joy we needed to begin our new adventure. We came back ready to fight along with her as a team.
Rich in mercy, God supplied all we needed and grew Mike to become an amazing leader in our marriage during the issues with his Mom’s health. We ended up moving in with his parents during his mother’s last months of life. I recall waking up one night and seeing Mike in the wee hours of the morning , leaning over his mother’s hospital bed in the dimly lit dining room, reading Scriptures to her.
He spoke a beautiful eulogy at her memorial service. That young college kid, whom I met working out at the gym, was transformed into something so beautiful I wept in gratitude at the work I witnessed the Lord doing in his heart.
Since then we have experienced so much joy and adventure in our marriage. We’ve also endured   more heartache with losing my mom and our little boy, Marshall in the following 10 years…. Even then, God has blessed us with 6 sons who are so full of life and teach us so much more than we could have imagined! 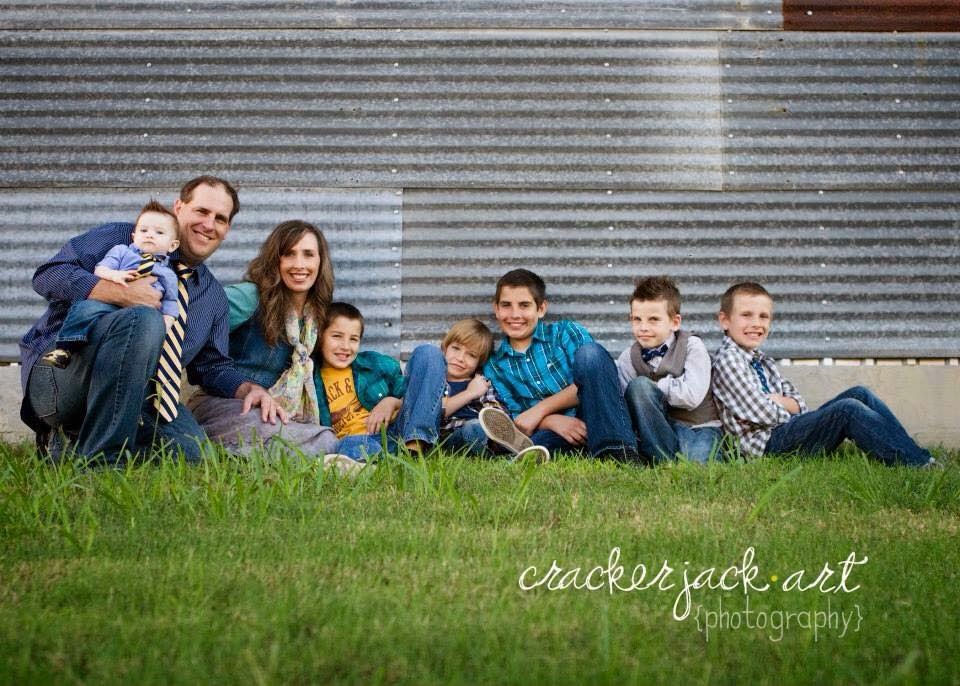 I am blessed beyond measure. Through it all, I have seen how God works in our hearts when we are simply seeking His purpose in our lives, open to the blessings He wants to give, and just loving Him and each other. 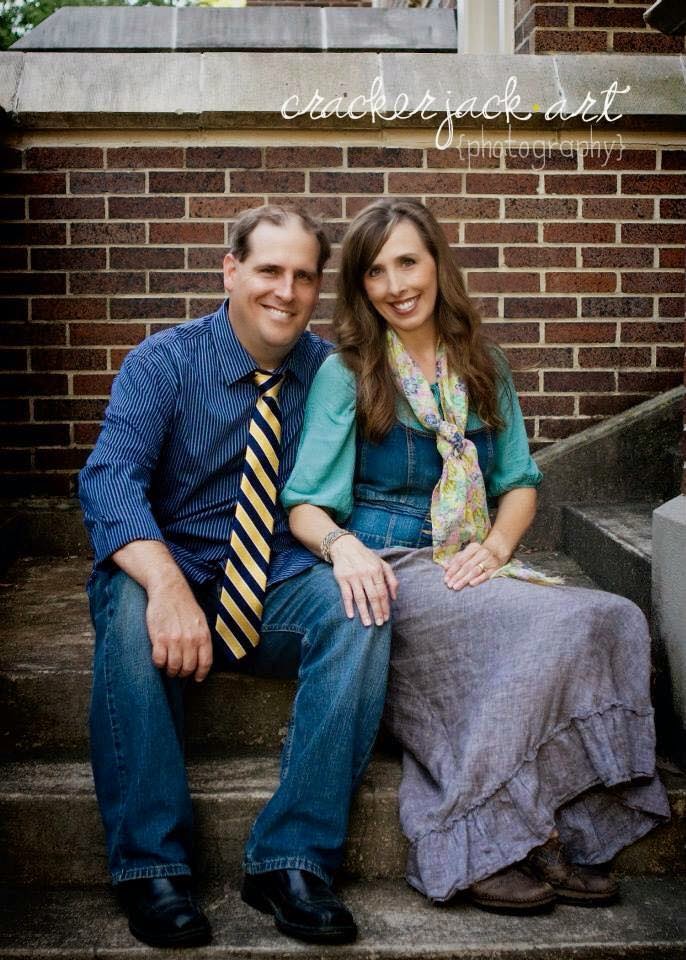 Mike and I have been married now for almost 18 years (been sweethearts for almost 23!) and fall in love more and more each day. It really
does get sweeter.

This guest post was written by Andrea Studt, devoted wife, mother, and homeschool teacher. Join us for more romantic stories all week long during our How We Met series on Messy Mom.com